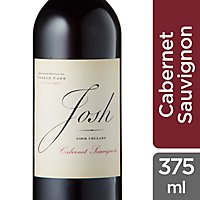 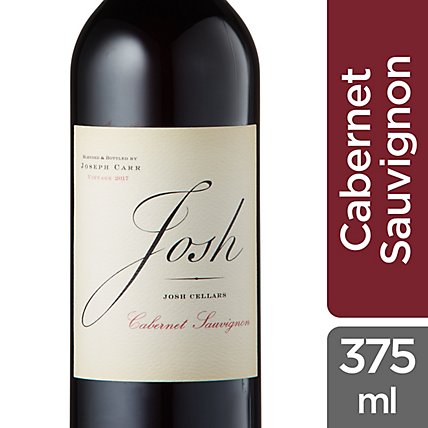 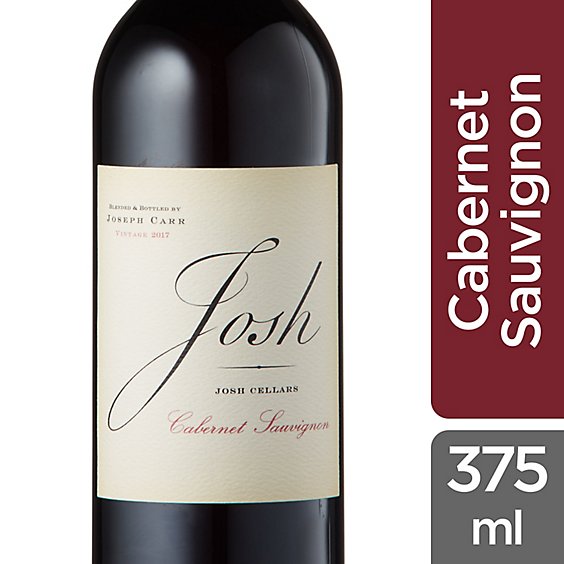 Cabernet Sauvignon was the first wine Josh Cellars ever made. This is the red wine cabernet that started it all, setting the exacting standards that the brand holds itself to for all varietals. Round and juicy, Josh Cellars Cabernet Sauvignon is a California wine that has flavors of blackberry, toasted hazelnut and cinnamon, complemented by hints of vanilla and toasted oak. Josh Cellars works with California's best growers to source and assemble wine of great character and complexity.

I created my wines as a tribute to my dad, Josh. He's always on my mind. - Joseph Carr. Founder and Son. Our Cabernet Sauvignon was the first the first wine we made. This is the wine that started it all, setting the exacting standards that we hold ourselves to for all of our varietals. Round and juicy, our Cabernet Sauvignon has flavors of blackberry, toasted hazelnut and cinnamon. www.joshcellars.com. 13.5% by vol. 27 Blended and bottled by Joseph Carr, American Canyon, CA.

Contains: Contains sulfites.,Government Warning: (1) According to the Surgeon General, women should not drink alcoholic beverages during pregnancy because of the risk of birth defects. (2) Consumption of alcoholic beverages impairs your ability to drive a car or operate machinery, and may cause health problems.