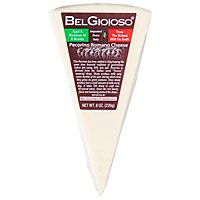 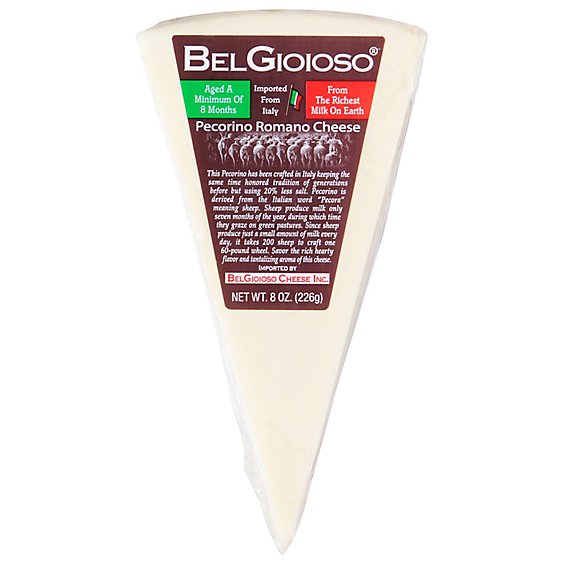 Aged a minimum of 8 months. From the richest milk on earth. This Pecorino has been crafted in Italy keeping the same time honored tradition of generations before but using 20% less salt. Pecorino is derived from the Italian word Pecora meaning sheep. Sheep produce milk only seven months of the year, during which time they graze on green pastures. Since sheep produce just a small amount of milk every day, it takes 200 sheep to craft one 60-pound wheel. Savor the rich hearty flavor and tantalizing aroma of this cheese. No significant difference has been found in milk from cows treated with artificial hormones. belgioioso.com. Imported from Italy.