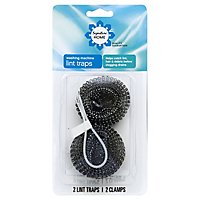 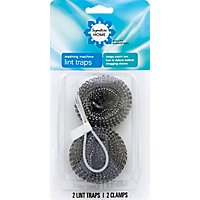 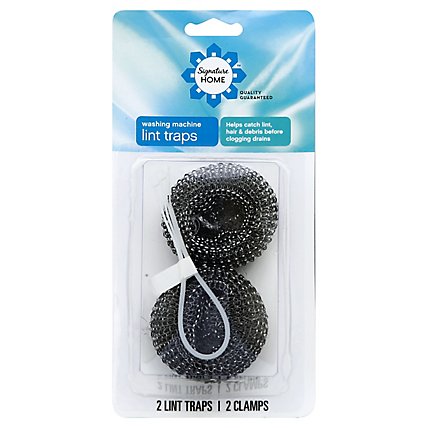 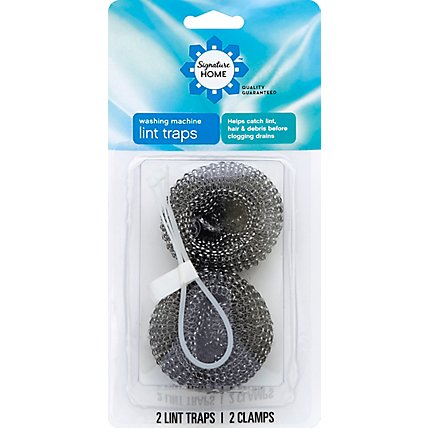 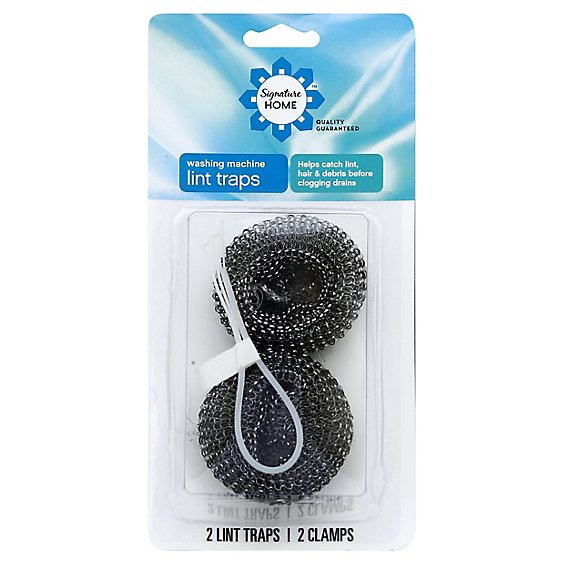 2 lint traps. 2 clamps. Helps catch lint, hair & debris before clogging drains. Quality guaranteed. www.betterlivingbrandsLLC.com. Our promise quality & satisfaction or you money back. Packaged in USA. Made in Mexico and China.

How to Install: 1. Slide open end of lint trap over the discharge hose of washing machine. 2. Wrap enclosed clamp around hose and lint trap. 3. With ridges on inside, pull pointed end of clamp through slot until the lint trap is firmly secured to the end of discharge hose. How to Remove: 1. Cut clamp with scissors and slide lint trap off discharge hose.