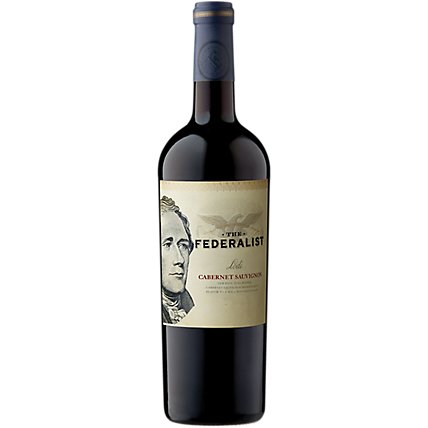 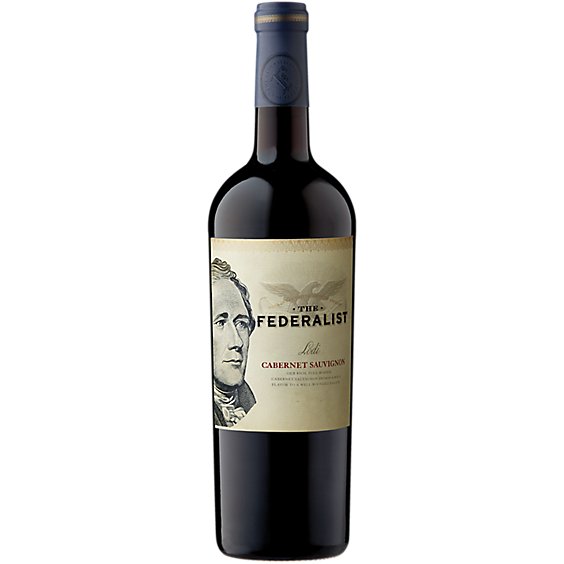 The Federalist Cabernet is an ode to Benjamin Franklin, whose campaign for colonial unity helped shape the Federalist Party. Considered the First American, he helped draft the Declaration of Independence in 1776. Lodi appellation. Benjamin Franklin, considered the First American, was a great wine lover and has numerous wine quotes attributed to him. Our 1776 Lodi Cabernet Sauvignon, rich and full-bodied with flavors of black cherry and cassis, is an homage to a great individual whose ideals helped shape the Federalist Party. Located directly east of San Francisco in the Sacramento River delta, the Lodi appellation is one of California's oldest grape growing regions. Noted for its Mediterranean climate and distinctive sandy soils, Lodi is a perfect environment for the production of fine wines. Federalistwines.com. 14.9% alc./vol. Cellared and bottled by 2Sons Winery, Rutherford, CA.

Contains: Contains sulfites. Government Warning: (1) According to the Surgeon General, women should not drink alcoholic beverages during pregnancy because of the risk of birth defects. (2) Consumption of alcoholic beverages impairs your ability to drive a car or operate machinery, and may cause health problems.